Such a beautiful day... I had to roll her out under the sun and take better pictures! 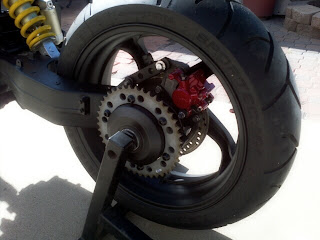 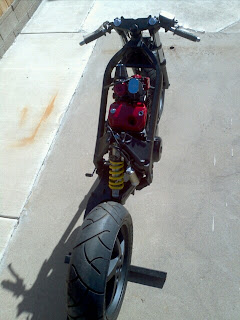 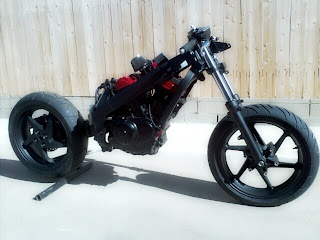 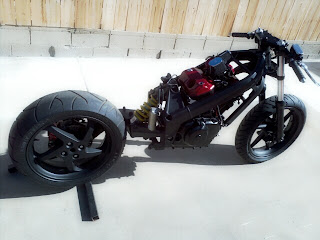 I also decided to fabricate a bracket to hold my Mikuni fuel pump. I made a really simple design... 6 screws, 4 bolts, spacer with an attached washer and a bar of aluminium.

This is the spacer with an attached washer. It was a part for my stock rear seat. But since I'm doing a Monster seat conversion, I won't be needing it for the seat. 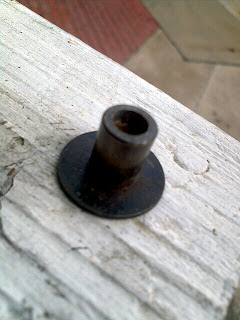 All the piece, except two screws... I was so excited I didn't even line the holes up right. You can't really tell when its all mounted up. 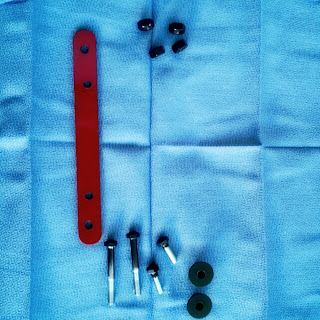 The rough fitting of all the parts with fuel pump. 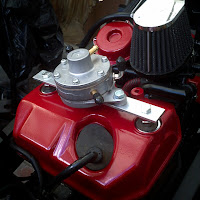 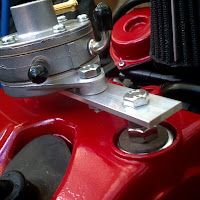 All painted and mounted! All I need is the fuel lines. 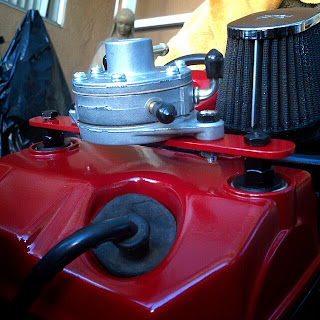 I'm glad I was able to get something done on the bike today. Tomorrow I'll be working on the exhaust and master rear brake. Have a wonderful day!

It's coming together slooooowly...

Just a quick update for you... I did a little this and that... Sad thing is, you won't be able to see the details of the engine with the tank on it. Maybe with a tank made out of plexi-glass! LoL.


Here is a shot with the carbs attached... 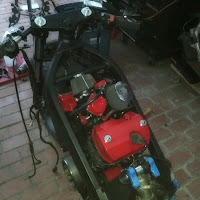 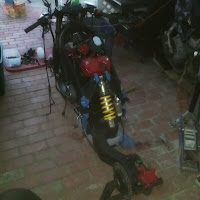 Stator and Clutch Cover getting the same treatment 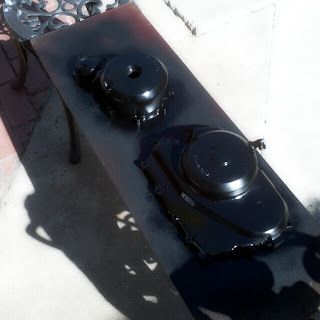 Also, did a rebuild of the rear brake caliper... Gave it a little paint to match the bike. 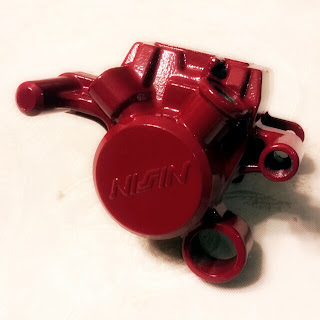 SS Braid-line is just a mock up... but I have it running thru the swing-arm for a cleaner look. 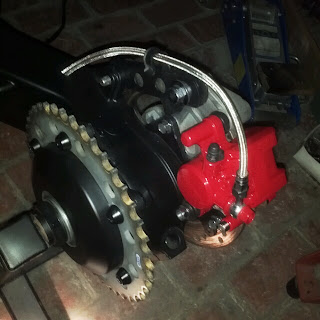 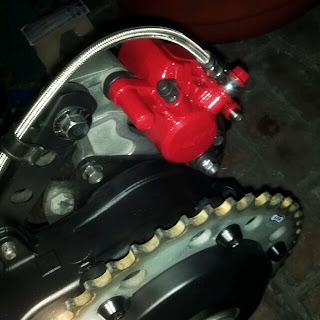 Conversion to save money...

Back when I lived in Hawaii, A good friend of mine sold me his 1994 CBR600 F2 race bike for a cool $600. It never saw the road just the track. Everything geared for racing. I rode it on the race track and had some fun. A couple years later, I moved to California and it ended up sitting in my garage collecting dust. It wasn't street legal and too much work to get it there. So slowly, I ended up selling parts off the bike to fund another project which was my BMW 740iL. Unfortunately, short after everything was upgraded, it got totalled. (That's another long story)

Today, I still have parts of the bike I didn't sell and one part that I still have is a rear Fox Shock Twin-Clicker. It is a bit small for my bike, so I need to get some minor adjustments which I'm not qualified to do. I ask the guys on the HawkGT Forum if they can recommend a company to do the conversion. I got several responses I didn't want to hear, except for one. A member sent me a private message to see if I wanted to trade for his CBR900 Fox Shock. It was the perfect size to do the conversion. I know because many other guys on the forum had already done it with this model shock and you better believe I didn't hesitate to say, "YES".

Unfortunately, I don't have a picture of the exact shock because it went straight to his shock guy (whoever that may be), but it looks identical to the one I have. Only difference is this one is 12mm shorter than the other. It may not seem much, but its enough to throw the suspension off a bit. 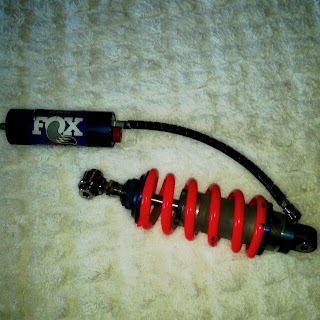 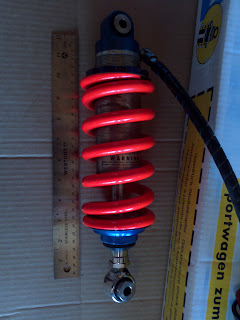 It's going to take a couple of weeks for it to be completed... In the meantime, I'll just have to work on something else. Maybe paint the stator and clutch cover. Which reminds me... I have to order more parts for JD. The master Hawk mechanic on the forum. Also owns Hord Power out in Ohio.
Posted by Unknown at 11:26 PM No comments: